As we drove from the airport to the hotel the impression I got was that Vietnam was similar to Thailand. Many people on motorbikes, low rise buildings and shops by the street. What we saw and heard in our first day in the city was heart wrenching. Our guide Sa was very informative and we soaked it all up like sponges trying to get as much information about the wars of Vietnam and how it is to live there now. The first stop was the palace of Renunciation where our guide showed us the Presidents rooms and the bunkers below. Outside we saw the tanks and planes left behind by the Americans and the very disturbing barbed wire cages the prisoners were put into. 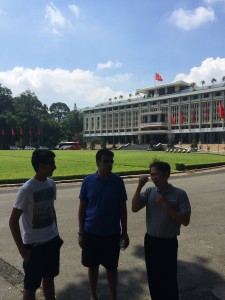 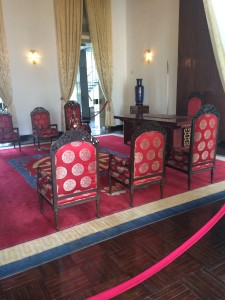 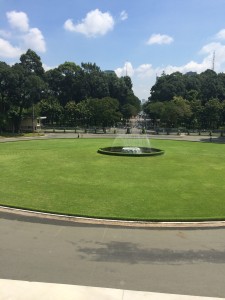 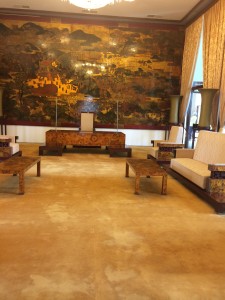 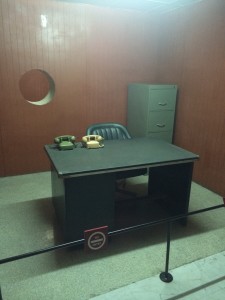 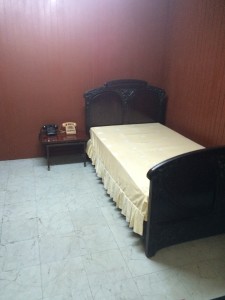 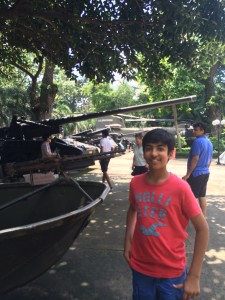 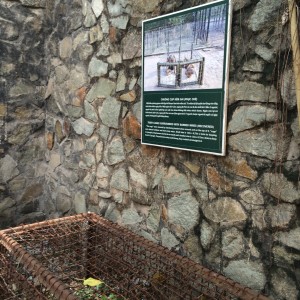 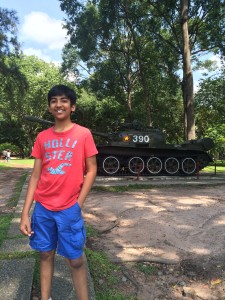 The next stop is what affected us the most, the War Remnants Museum. Excuse me for not taking pictures but I think what I saw there will be etched into my memory forever. The Americans who had been fighting the Vietnam war for over seventeen years used a chemical called Agent Orange to flush out the communists hiding in the forests. As a result millions of innocent farmers, women and children were killed, deformed and affected by this deadly concoction. If the pictures of the deformities and tragedies were not enough we were led into another room where there were pictures of US soldiers pulling out innocent children, very young boys and shooting them in cold blood. There were two in particular that stick to my mind and make me tremble with the thought.  One was a picture of a little boy cowering over his little brother to protect him from a bullet. They were barely six and three. The US soldiers finished them both off. The other was of a family with an old lady in the foreground. The photographer asks to take a shot. As soon as he did with his camera, one by one the family was shot. The stories were endless. How could any humans do such a thing and get away with it?

With a very heavy heart, a tissue in hand  and solemn silence we left the museum. Our guide took us to a lacquer workshop next to lift our spirits. We were shown how duck egg shells and mother of pearl are used to make beautiful lacquer pieces. We ended up buying some souvenirs for our house in England. 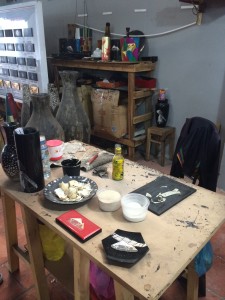 The history of Vietnam and the political situation is rather complex. Let me try and explain it simply. There was the south and the north and the north was the communist part. France occupied Vietnam for many years. Then the communist party led by Ho Chi Minh began a revolt against France . This was the first IndoChina war. During their time there France left behind great aspects of their culture and changed the letters in the language to ABC. This was followed by the occupation by the Japanese empire. Communism put an end to the monarchy after WWII, making the country a republic. The Vietnam war occurred in the form of US military intervention. This was because the communists in the north had launched guerrilla warfare on the south. US soldiers were sent to fight the communists, leading to domestic civil unrest and international embarrassment. Four million civilians were killed and a million communist fighters died. Today the country is one, north and south are predominantly communist.

My question to our guide was despite the atrocities of the US towards the locals how come now the people in Vietnam have forgiven the Americans and follow their trends? Mc Donalds has just opened and the queues are miles long. He shrugged and said ‘When I started working I earned two dollars a month. Now I earn one hundred and eighty. When people have an empty stomach there is no choice. You either see your family starve or go the way that feeds you.’

He explained that housing is very expensive and most times large families live together in small accommodations but almost everyone has a motorbike!

We opted out of visiting the Chu Chi tunnels as none of us could stomach more atrocities of the war, and confined spaces. We did go to a local show which was very charming. It started off depicting the lives of the people in the old times and then progressed to modern life. Plenty of acrobats using traditional baskets. Sampling a tasting menu at a Vietnamese restaurant ended our day beautifully. The fun part was when the chef offered us some ice rice and told us to put it in our mouth. Look what happened then. 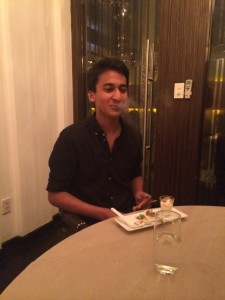 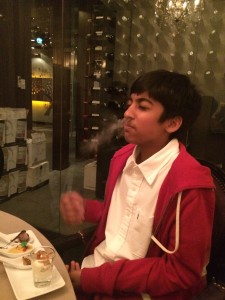 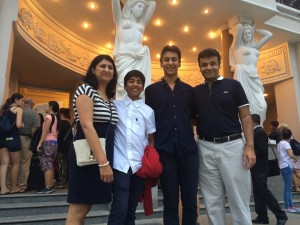 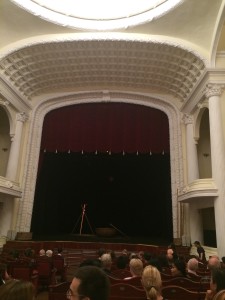 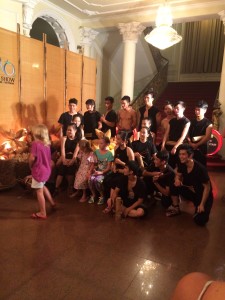 I have a friend in Guildford who actually is one of the boat people who escaped from Vietnam. She was smuggled out with her family and survived. Our guide told us stories of how his family had tried and failed many times to escape and even they paid all the money they had upfront there was a fifty percent chance of success. I am very keen to go and spend a few hours with her to find out more about her life here in those times, although I am sure it must be painful to talk about.

Vietnam has a long way to go and considering what they have been through historically it will take them time to mend, develop and evolve. What I saw was a nation that wants to succeed and with all the bad luck they have had so far, it will be about time too!