Maldives – The Miracle paradise on earth

We had undergone a long journey to get to Male, the capital of Maldives and we had to spend a night there. So far I was not impressed. Perhaps it was just tiredness and the constant lugging of our luggage from place to place. The next morning we took a sea plane to get to the Island, Iru Fushi. It was an adventurous flight in every sense of the word. We sat snuggly on the leather seats of this very small aircraft with the ear plugs that they had provided plugged into our ears. I must admit I had to shut my eyes for most of the journey to block out the noise and the thoughts of ‘if we crashed we would land in the sea,’ out of my head. My family however excitedly looked out of the window, munching happily on sweets, using the excuse that they were helping their ‘air sickness.’ 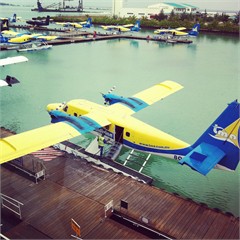 Sea plane that takes you to the Island

The words that I have used to recount my perception of this place cannot do it justice and hence I have added pictures. Paradise describes it perfectly. The white sand and the blue colour of the sea are what I had only seen in magazines and often I had thought that the photographers must have fiddled with the colours to make it look better. I was wrong. 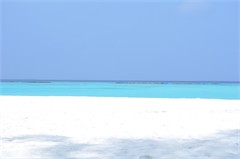 The island felt like it was deserted. Although there were many people staying at the hotel  it was so quiet – just what we needed. So other than eating, drinking and the water sports there was nothing to do but relax… absolute bliss! Let me now tell you a little about Maldives.

Maldives lies in the Indian Ocean, South of India. It comprises of 1200 coral islands, only 200 of which are inhabited. It is the world’s most dispersed country. The total population is 313,920. It is the lowest country on the planet as the average ground level is 1.5m above sea level. It also is the country with the lowest highest point in the world, which is 2.3m. Can you believe that? By now I realised that the Maldives had many firsts in world facts. 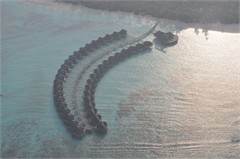 We were lucky to stay in both a beach villa as well as one in the middle of the ocean on stilts.

It was mind boggling to think how the waves did not sweep away all these stunning villas that were just built on poles protruding from the bed of the ocean, being only 1.5m above sea level. Surely in a storm all of it could be destroyed easily? Well this is why that does not happen.

Maldives is composed of coral debris and living coral. The coral acts as a natural barrier against the sea. The circular group of coral islets form lagoons. The name Maldives is derived from Sanskrit, Maladvipa which means a garland of Islands. So going back to why the low level structures don’t get destroyed, there is another reason as well. The islands are set parallel to the reef and each one has its own protective fringe of reef. The opening surrounding the coral allows in the calmer lagoon waters and the barrier reefs protects the islands from storms and the high waters of the Indian Ocean. How nature works never fails to amaze me. It is however a concern for the Maldivian government that the rising sea levels due to global warming could threaten the existence of the Island nation. 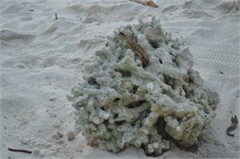 Vegetation is limited to mangrove, banyan trees and coconut palms and odd looking trees that looked like they had a multitude of legs holding them up. The islands also have limited wildlife but we saw many variations of lizards and I think that the tourists, baring all, were a feast for the mosquitos!

We did meet the island’s parrot who was very friendly and drank only red bull out of a can. We were told that he despises water and will only drink out of a can! 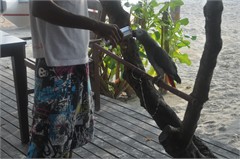 The limited wildlife is made up by the abundance of marine life, some 2000 rare species of fish, including reef sharks, manta rays and green sea turtles.

In 1968 Maldives gained independence from Britain and the Sultanate became an Islamic republic. Originally between 300BC and 300AD the settlers in Maldives are said to have come from Kerala (Dravidian people and Tamils), Orissa in India (Sinhalese people) and Sri Lanka. Dhivehi and Sinhalese are the two most widely spoken languages.

The economy is sustained by tourism and fishing and took quite a battering after the Tsunami in 2004 but soon recovered the following year.

We spent a week on the Island. Snorkelling, and other water sports were the main forms of entertainment. Not to mention swimming in the pool and in the sea, the games room and tennis as well.

You could just sit and gaze at the view for endless hours and be completely mesmerised by the beauty of the place. Complete relaxation! 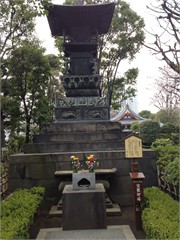 After 7 days part of me did not want to leave, but I think we had done it all. I did feel for the inhabitants of the island as I met a lovely lady who worked there called Janine. She had moved there to work a few months ago from Germany. She told me that ‘Island fever’ can set in when you just need to get away. I can understand that. Male is not a very large city either so escapism from the island from time to time is essential. I never thought I would ever say this but I was rather pleased to see the civilisation and the hustle and bustle of Hong Kong again!

I would highly recommend Maldives as your next holiday destination. It is like being in Heaven. Totally surreal! 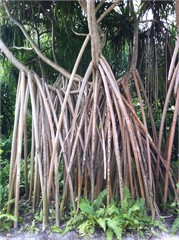 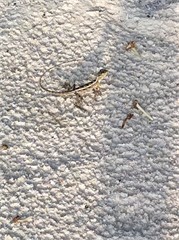 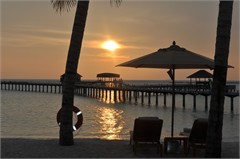